In 1784 he surprised everyone, and shocked many, when he announced a public procession through the town of Tullow on the feast of Corpus Christi. This was a subversive act as no such display of Catholic faith had been seen in Tullow for at least a century. Hundreds of people flocked from all over the country to join the procession. Other processions gradually became widespread throughout the diocese.

Each year such a procession is still held through the streets of Tullow, Ireland on the feast of Corpus Christi.

As Brigidine Sisters today, we continue to express a love of the Eucharist through our prayer, our loving service of others in our own communities and especially by advocacy and action for justice for planet Earth, and for all who experience brokenness, isolation, poverty and discrimination.

Am I mistaken, Lord,
is it a temptation to think
You increasingly urge me
to go forth and proclaim
the need and urgency
of passing
from the Blessed Sacrament
to your other presence,
just as real,
in the Eucharist of the poor?
Theologians will argue,
a thousand distinctions be advanced.
But woe to the person who feeds on  You,
and later has no eyes to see you,
to discern You
foraging for food among the garbage,
Being evicted every other minute,
living in sub-human conditions
under the sign of utter insecurity.  (Dom Helder Camara) – 1909 – 1999)

The following reflection by Veronica Lawson RSM which first appeared at https://www.mercyworld.org  is offered for reflection and prayer on this feast. 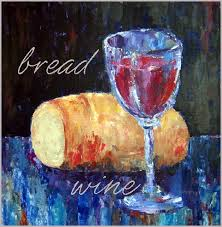