On 15 January 1842 in Melbourne Alexander MacKillop and Flora MacDonald welcomed the birth of a daughter. Though she was given the name Maria Ellen when she was baptized soon after her birth, she was usually called Mary. At the age of 14 Mary started work as a clerk. She later worked as a governess and then as a teacher in various places in Victoria and South Australia. After a time she was joined by several other young women spurred on by a dream of providing education for poor children and children in rural Australia. This little group began calling themselves the Sisters of the St Joseph of the Sacred Heart and eventually became the first religious institute to be founded by an Australian.

After a life of goodness, heroic service of God and God’s people and several episodes of poor health,  Mary MacKillop died on 8 August 1909 in Sydney, at the age of 67. She was canonized over one hundred years later on 17 October 2010. Thus she is the first Australian to be recognised as a saint by the Catholic Church. Today her Sisters of St Joseph continue her dream, living and ministering in areas right across Australia and abroad.

On 15 January 1929 another ‘dreamer’ was born in Atlanta, Georgia, USA, to Martin King Snr and his wife Alberta Williams King. They named their son Martin Luther King Jnr. Martin Jnr grew to become a American Baptist minister and an activist. From the 1950’s he became the most visible spokesperson and leader in the struggle for civil rights in the US and King is best remembered for advancing  civil rights through nonviolence and civil disobedience, stances inspired by his Christian beliefs and the nonviolent example of Mahatma Gandhi. It was during his advocacy and action for justice for all that Martin was assassinated in Memphis, Tennessee on 4 April 1968 at the age of 39.

King was posthumously awarded the Presidential Medal of Freedom and the Congressional Gold Medal. The Martin Luther King Memorial was later dedicated in Washington DC in 2011and many have been inspired to continue to work for his dream to come about.

We give thanks for these two great ‘dreamers’ who spent their lives attempting to bring greater justice and opportunity for all.

We draw on their inspiration and continue to work to help make God’s Dream of life for all a reality in our world today. May this be particularly so for our planet and for all those who suffer any form of injustice, oppression or persecution.

St Mary of the Cross MacKillop and Dr Martin Luther King Jnr pray for us. 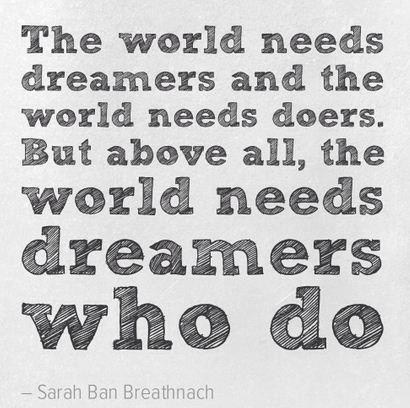