The Story of Their Lives Inspires Us

On 8 December Cardinal Angelo Becciu presided at the beatification of the nineteen martyrs of Algeria in Oran, Algeria.

The beatification took place in the Basilica of the Santa Cruz. The nineteen martyrs – sixteen French, two Spanish and one Belgian, were killed between 1994 and 1996 during the civil war in Algeria between the government and Islamist groups. All were Religious. Seven were Trappist monks, six were sisters, four were White Fathers, one a Marist brother and Bishop Pierre Claverie was a Dominican. The thing they all shared in common was a love of Christ and a desire to serve the Muslim people of Algeria.

The story of their lives and their testament was portrayed in the film ‘Of Gods and Men’ which was a winner of the Grand Prix at the 2010 Cannes Film Festival.

May the celebration of their lives and their courage continue to inspire all who work for reconciliation and peace between peoples of different nations and religions and may we be inspired by them in our ministries with peoples of all cultures and faiths. 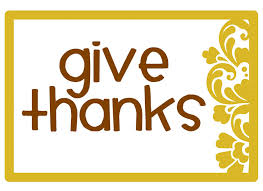