This year we celebrate the Eighth Centenary of the Franciscan vocation of St. Anthony of Padua.  Eight hundred years ago, in Coimbra, Fernando, a young man and a native of Lisbon, learned of the martyrdom of five Franciscans who were killed because of the Christian faith, in Morocco, on January 16 of that year. He decided to turn his life around. He left his homeland and set out on a journey, a symbol of his spiritual journey of conversion.

First he went to Morocco, courageously determined to experience the Gospel in the footsteps of the Franciscan friars who had been martyred there. Then he landed in Sicily after being shipwrecked on the Italian coast, an event which happens still to so many of our brothers and sisters today. From Sicily, he was led to meet up with St. Francis of Assisi on the roads of Italy and France. Finally, he moved to Padua, a city which will always be linked in a special way with his name.

We pray that this significant anniversary will arouse in us and all, a desire to experience the same holy restlessness that prompted Anthony to travel the roads of the world bearing witness, through word and deed, to the love of God.

May his example of sharing in the difficulties of families, the poor and disadvantaged, as well as his passion for truth and justice, arouse in us a generous commitment to give of ourselves and to serve others. May young people today find inspiration in this man’s life and values and in our actions which speak of love and justice for all. 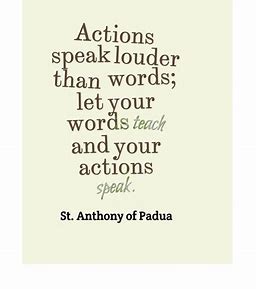