St Francis de Sales was born in August 1567. He was the eldest of twelve children, five of whom died soon after birth. Though his father in particular had dreams of his son having a successful political career, Francis studied for the priesthood and was ordained in 1593. As a young priest he preached with courage, and he was committed to patient dialogue and prayer in his ministry. Francis was ordained bishop on 8 December 1602 and became a good shepherd amongst his people. He was tireless in visiting his 450 parishes and organised formation of his clergy. He concerned himself too with the reform of monasteries and the catechesis of the young.

In 1604 he met the Baroness Jane Frémyot de Chantal, aged thirty-two, and a widow with four children and Francis suggested to her an important project: the founding of new kind of Order, a Contemplative Community of Sisters who would care for girls and widows, and be permitted to leave the convent to visit the sick and the poor. The Order was founded on 6 June 1610 (though later strict canonical rulings of the day were insisted on by the Primate of France and all aspects of the external apostolate were suppressed.)

Francis died of a stroke in December 1622.  Francis was canonised on 19 April 1665 by Alexander VII; many years later in 1877, Pius IX declared him a Doctor of the Church.

Francis de Sales is patron of writers and journalists, because he made extensive use of broadsheets and books in spiritual direction and in his efforts to convert people. It is believed he developed a sign language in order to teach a deaf man about God. Because of this, he is also known as the patron saint of the deaf.

As Brigidine Sisters we hear echoes of our own motto in the following quote attributed to Francis de Sales include:

“Nothing is so strong as gentleness, nothing so gentle as real strength.”

As we go about our day-to-day lives and ministries let us take Francis’ wisdom to heart:

“Have patience with all things, but first of all with yourself.”

“Never be in a hurry do everything in a calm spirit. Do not lose your inner peace for anything whatsoever, even if your whole world seems upset.” 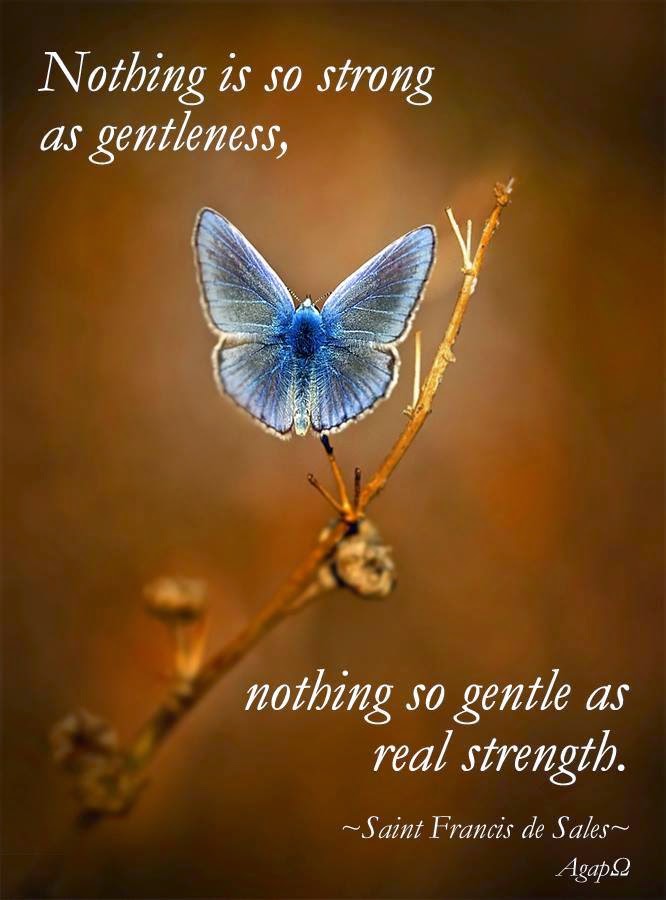