A Call to Stop Human Trafficking

One of the most urgent challenges of our contemporary world is to do all we can, in partnership with others, to bring an end to the scourge of human trafficking occurring in all countries.

Some Brigidine Sisters are already actively engaged in awareness raising, advocacy about this issue and/or being a companion to survivors of trafficking.

Other Sisters bring their gift of prayer to support those working to bring an end to all forms of trafficking and for children, women and men vulnerable to being exploited and trafficked.

Our 2016 Congregational Forum called us to ensure that the use of our resources promote social and environmental well-being. Our communities financially support a variety of strategies and groups aimed at stopping human trafficking around the world.

The following account and video about millions of children who simply disappear in India and become part of the nationwide trade by which young people end up in forced labour, domestic slavery and sex work.

St Brigid, woman of justice, open our eyes to these cruel realities of life for so many of our sisters and brothers. Open our hearts to respond with compassion and courage. 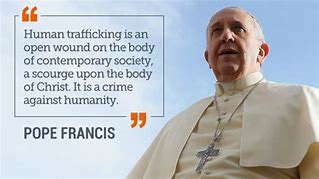