A Celebration of Samhain: All Saints and All Souls

Samhain marks one of the two great doorways of the Celtic year, for the Celts divided the year into two seasons.  The light at Bealtaine on May 1 and the dark on Samhain on November 1. Samhain is traditionally the beginning of the Celtic year.  The dark half of the year comes first giving way to the bright part; winter giving place to summer and death giving way to life.

This is the thinnest time of the year, the season at which the Celts believe the veil between time and eternity can easily become transparent.

As darkness overtakes the light In the Northern Hemisphere, the Christian Church chooses to celebrate the feasts of All Saints and All Souls.

In later times, Samhain was changed to All Saints’ Day, to commemorate the souls of the blessed, so the night before became popularly known as Halloween, All Hallows Eve.

November 2nd became All Souls Day, when prayers were offered for those who had died..

At the Solas Bhride Centre and hermitages in Kildare, Ireland, an evening of meditation, ritual and story  will be held on October 31,  7.30 p.m. – 9.00 p.m. to mark these celebrations. 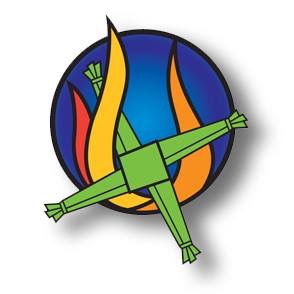