Advocacy for Trafficked People in Australia

Twelve members of ACRATH (Australian Catholic Religious Against Trafficking in Humans) spent a recent week meeting parliamentarians in Canberra to raise awareness of issues of human trafficking in Australia and of the need for specific action to combat this scourge.

We had three key requests:
(i) continuation of funding for ACRATH and other NGOs to do counter trafficking work over the next three years (work Australia must do to meet international obligations). Such funding will allow further awareness raising in the community and the training of teachers and others to use the kit on forced marriage which ACRATH has already prepared for use in secondary schools.
(ii) addressing the needs of overseas workers facing forced and exploited labour in Australia.
(iii) establishment of a national compensation scheme for people who have been trafficked into Australia.

This was the eleventh year ACRATH members have made such an advocacy visit to Canberra.

For weeks before the visit, members were asked to read and deepen their awareness of these issues and to spend time in preparation. On the first day in Canberra we gathered at The Gathering Place in Dickson where we experienced true Brigidine hospitality. The afternoon was spent working on practicalities and sharpening awareness of the advocacy points. There was also the opportunity to reflect together and to pray for victims of trafficking in all its forms. We also prayed that rule makers and prosecutors will to be guided by justice, and that we would be open to the Spirit already present and at work in all the people of goodwill we would encounter in the coming week.

By week’s end ACRATH members had had appointments with approximately fifty Senators or Members of the House of Representatives. There had also been meetings with the staff of a number of embassies (particularly some whose citizens are vulnerable to being trafficked into Australia). Other networks had also been strengthened especially with Anti-Slavery Australia, chaplains of migrant communities and the federal police.

While the activities of one week alone will not turn the tide on human trafficking, the conversations with parliamentarians and others ensure that there can be no turning away from the issue. Human rights and human dignity are at stake and slavery has no place in our society.

Claire was the only Brigidine involved in this visit, however other Sisters have been involved in previous years and such advocacy work is also carried out by Brigidines engaged in anti-trafficking work in other countries. 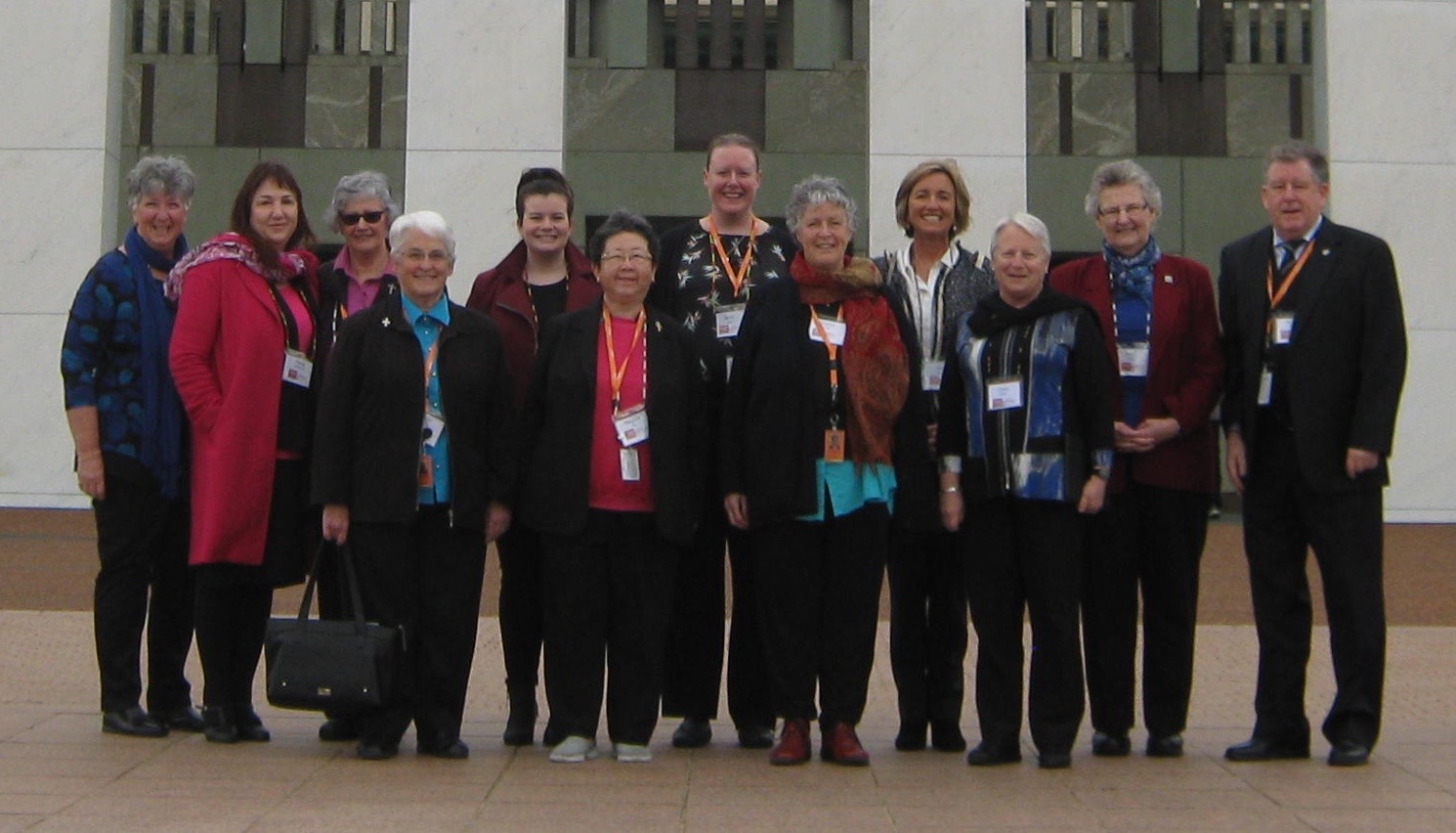