News reports of the extensive fires in the Amazon region raise alarm bells for all concerned about the wellbeing of the planet. Some have called the region “the lungs of the planet”.

At the Angelus last weekend, Pope Francis noted the universal concern for the “vast fires” that continue to rage throughout this area region.

The Holy Father prayed that, “with the commitment of all,”  the fires “might be contained as soon as possible.”

Let us join him in praying for an end to these fires and to the exploitation of forests in everywhere in the world.

As called at the Brigidine Congregational Forum in 2016, may we become more aware of:

“The cries of our hurting planet and those of our sisters and brothers in distress… as we hear the groans of ecological and human exploitation that lead to destruction and annihilation.”

May we be ready to raise our voices against exploitation of our forests and to take whatever action in small or large ways to protect the environment.

To read more on this issue go to: 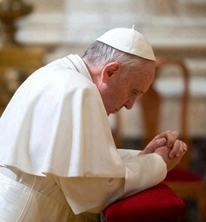