The first Brigidine Sisters to come to Australia arrived in Coonamble NSW in June 1883, one hundred and thirty-eight years ago. At approximately 6 pm on 21st June, they arrived after their long journey from Ireland. Some miles outside the town they were met by a number of the residents of the town and district.

As the Sisters entered the town, the church bell rang to announce their arrival. On reaching the convent, they found everything prepared for them in the nicest and most comfortable manner. A grand dinner had been prepared for them and some of the ladies of the town waited at table. So nice was the crockery and cutlery used on the occasion that the sisters congratulated themselves on these comforts. To their consternation and amusement, the articles were claimed next day as having been only lent.

The little convent – a weatherboard cottage of five rooms – had previously been the local presbytery. What a contrast to the massive stone buildings of their Irish convents! However, it seems that it never came into their minds to make the contrast. Whenever anyone ventured to make the remark that they must find a great difference between their Australian and their Irish homes, they invariably replied that everything was so much better than they had expected.

We give thanks for the many graces and blessings and all the individual contributions which have been woven into a vibrant tapestry of Brigidine life and ministry in Australia since 1883. We continue to hold the dreams of possibilities into the future. 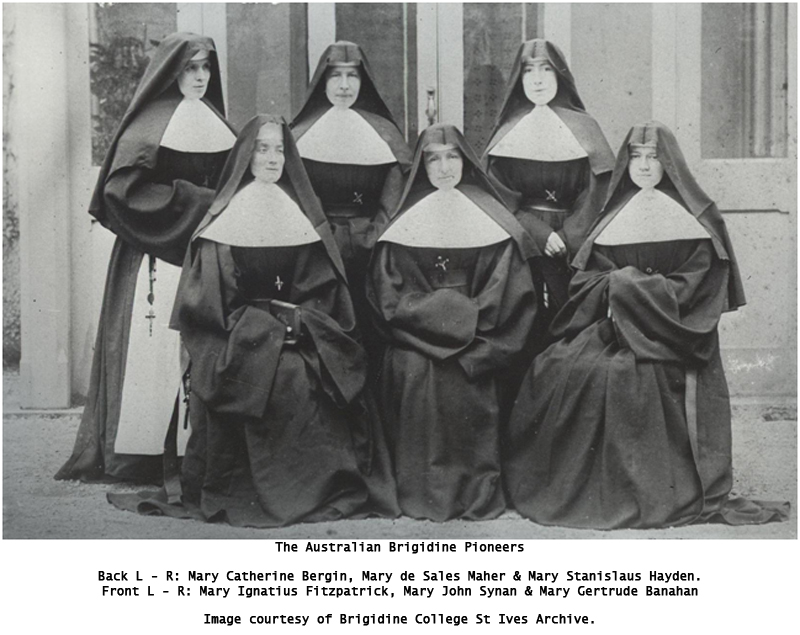