Britain is considered a world leader in the anti-slavery drive however, recent findings of a review of the government’s landmark 2015 Modern Slavery Act have raised criticism it has not fully tackled the crime or provided adequate support for victims.

The country’s new independent anti-slavery commissioner, Sara Thornton has warned that in too many instances delays in the system are making things extremely difficult for the record 7000 possible victims of slavery identified last year.

Brigidine Sisters in the UK have supported and been involved for a number of years in the work of TRAC and RENATE, two organizations working to combat human trafficking and modern slavery in Britain. 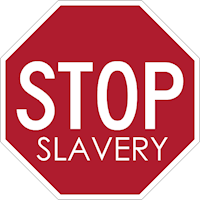