In the words of Martin Luther King “our lives begin to end the day we become silent on things that matter.”
These words were received by ACRATH in a letter of good wishes for the week of advocacy in Canberra from 19th – 23rd August 2012.

There is no doubt that the 15 women who gathered in Canberra were vocal on the "things that matter" in relation to addressing trafficking in humans. 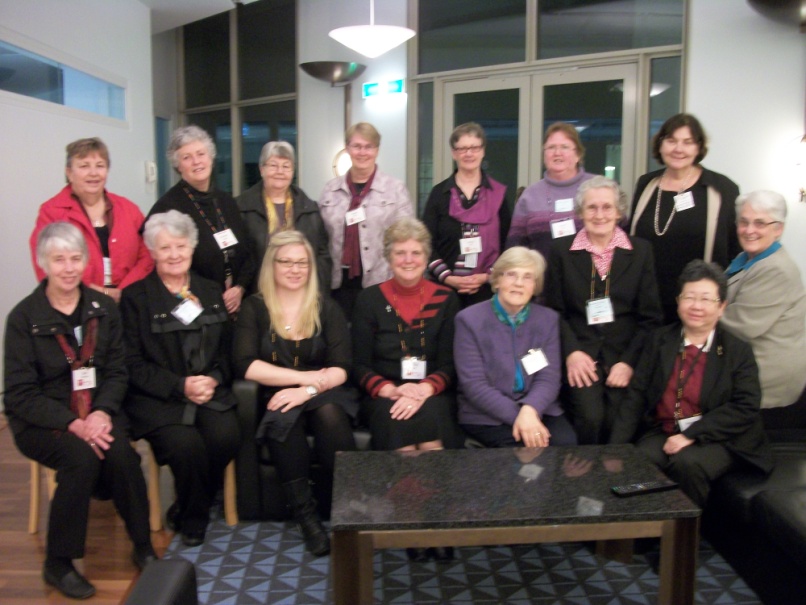 We met with 117 people including Members of Parliament, Ministerial Advisors, Departmental Officers, staff in Embassies and Catholic agencies.

One of our four talking points was to support the new legislation Crimes Legislation Amendments (Slavery, Slavery-like Conditions and People Trafficking) Bill 2012. The highlight of the week was to see this Bill passed in the Lower House on Tuesday 21st August. Hansard records show that ACRATH was acknowledged on four occasions prior to the passing of the Bill. ACRATH members were excited as they saw this long-awaited event take place.

ACRATH spoke of the need for improvement in services to trafficked people in Australia, particularly in relation to compensation, access to English classes and affordable housing.

We asked the Australian Government to adhere to its commitment to meet its Millennium Development Goal (MDG) targets. We asked particularly that the Government ensures our Overseas Development Assistance (ODA) reaches 0.5% of our Gross National Income (GNI) by 2015.

The fourth talking point was to request a ‘slavery free warranty’ on the labels of goods that are considered to be at high risk. We were given commitments to follow up on this issue.

Over the week we felt we were respectfully heard; referrals for follow-up discussions were made by a number of parliamentarians. Some acted immediately to further our message. We also saw movement to resolve the issues that were raised by ACRATH.

Before the week ended we collated a long list of follow-up work for ourselves! We feel very pleased with the outcomes from our five days of advocacy.