On 21st January 2019 Fr Donal (Daniel) O’Leary died at the age of eighty-two. He was not only well-known within his native Ireland and the Leeds Diocese but much further afield.

Daniel O’Leary was the author of twelve books and in the past a regular contributor to The Tablet and the Irish Furrow.

He was renowned as a retreat giver to priests, parishes and educationalists both in his own country and abroad. Over many years his theology and spirituality were an inspiration to countless people who encountered him in person or through his writings and many Brigidine Sisters have drawn inspiration from his teaching and his writing over the years.

We give thanks for Daniel’s vision and service and pray that he will now be at peace in the everlasting love of God.

To read the homily delivered at Fr O’Leary’s funeral click on the following link: 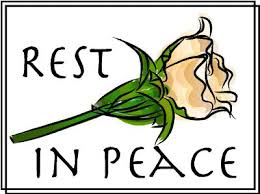