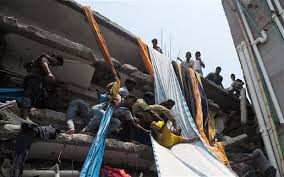 24 April marks the one-year anniversary of the Rana Plaza collapse in the Bangladesh capital, Dhaka which killed at least 1,138 and injured an estimated 2,500 people.

Bangladesh factory fire survivor visits Australia. Sumi Abedin was working in the Tarzeen garment factory in Bangladesh when she was forced to make a chilling decision. Trapped in the burning factory and faced with the horrific choice between burning alive or jumping to certain death, she chose to jump. Listen to Sumi’s powerful story of survival and how she is working to change the lives of women in Bangladesh. (Melbourne & Sydney events and afterwards via Oxfam website www.oxfam.org.au/2014/03/bangladesh-factory-fire-survivor-visits-australia/