Brigidine Sisters offer congratulations to Patrician Brother Nicholas Harsas who has been awarded an OAM (Member of the Order of Australia) for service to education and the Church.

He is reported as saying that he received the honour on behalf of the school communities he has served in various suburbs in Sydney and the religious brothers and sisters he worked alongside throughout his career.

“Any success I have had in Catholic education is directly related to the co-operation I have received from the students, staff and parents of the communities where I have served and ministered,” Br Harsas said.

The Brigidine Sisters and the Patrician Brothers are the two Congregations founded in Ireland by Bishop Daniel Delany in the early 1800s. 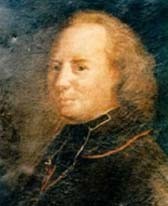