Pope Francis on 26 September met participants in the general assembly of Talitha Kum, a worldwide network of religious congregations fighting against trafficking in human persons. He urged more congregations and Church sectors to join in this fight …. Read all: 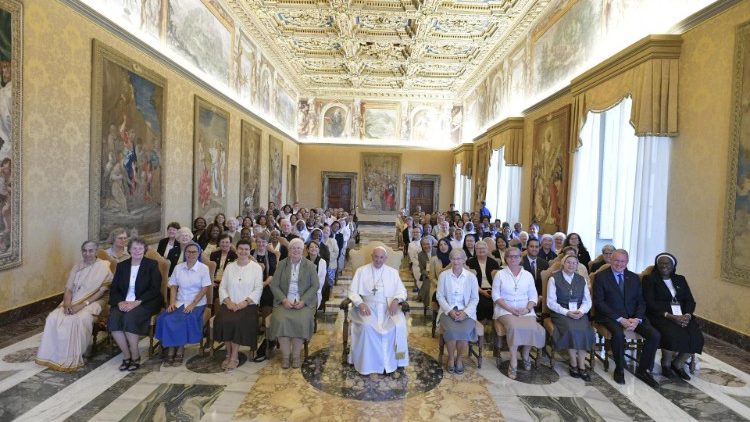 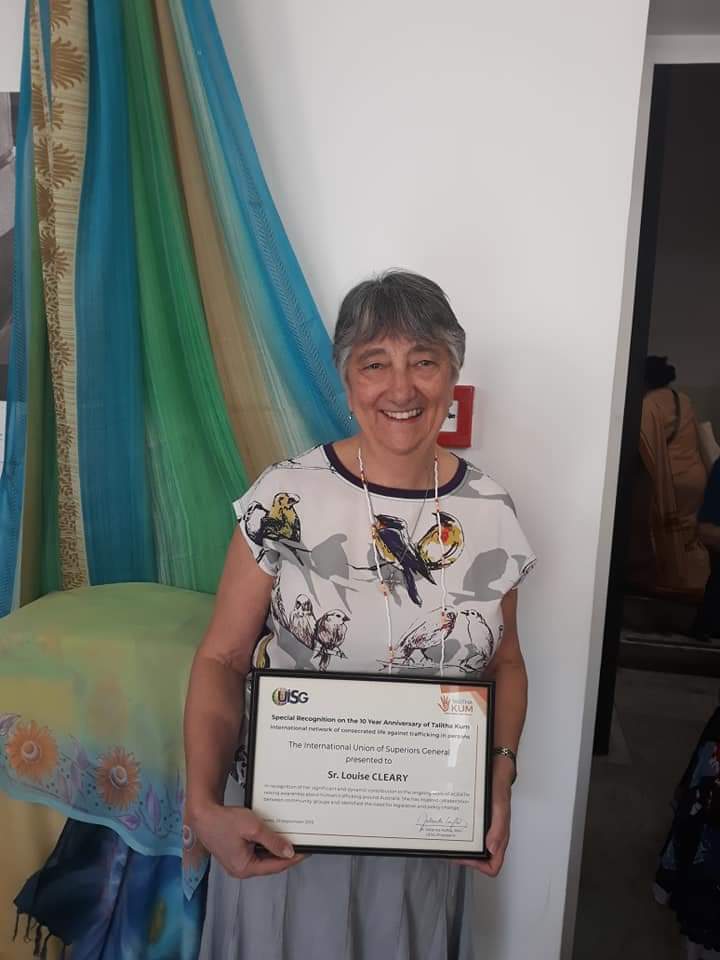 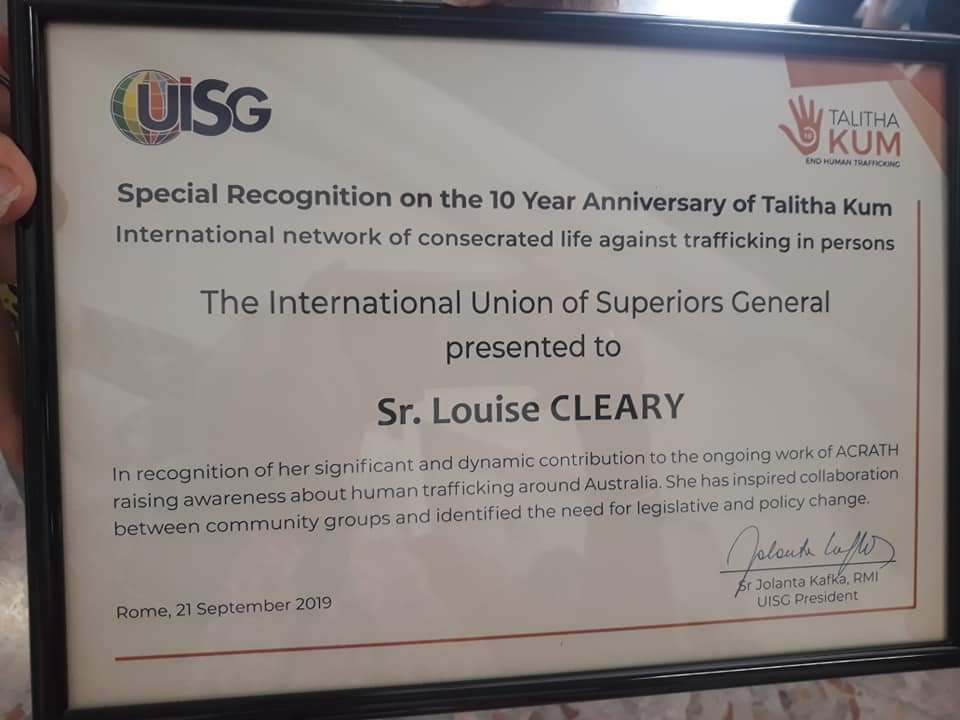 Louse Cleary csb was given a Special Recognition award at the 10 year anniversary of Talitha Kum.