Service in Support of Christ’s Mission

An ecumenical service in support of Christ’s mission to the poor and marginalised was held in Melbourne on 2 June. People from the Anglican, Baptist, Uniting Church and Catholic community gathered with some of the Sisters of Sion to remember and pray in particular for Sion Sister Pat Fox who is being threatened with deportation from The Philippines. Pat has been has been involved there in ministry with the poor and those vulnerable to loss of their lands for over twenty years.

During the service those in attendance prayed –

“We pray for Sister Patricia Fox  and members of her Sisters of Sion Congregation, who are on mission among landless farmers and indigenous communities in The Philippines  and other parts of the world. May they continue to be faithful in mission and service.”

Guests are welcomed to the service by Brenda Hubber 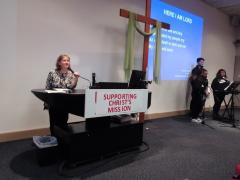 Some of the organizers of the service – Christine, Charlie and Melba 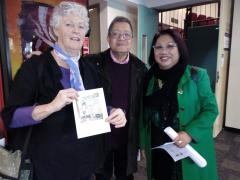 Members of ACRATH with Sr Mary Barbuto nds and others 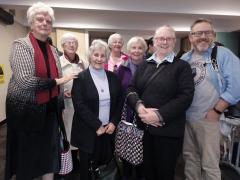 Some of the Brigidine Sisters attending the service 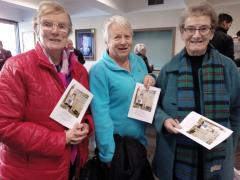 Melba, Kevin Fox and Claire before the service 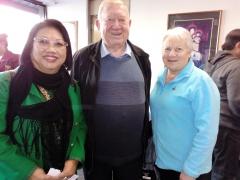 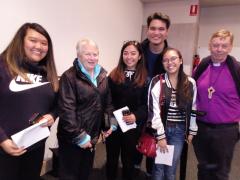