The legend of Brigid’s cloak is often told. It’s the story about the manner in which she came to acquire the land to build her monastery at Kildare. It is often regarded as one of the first miracles associated with her 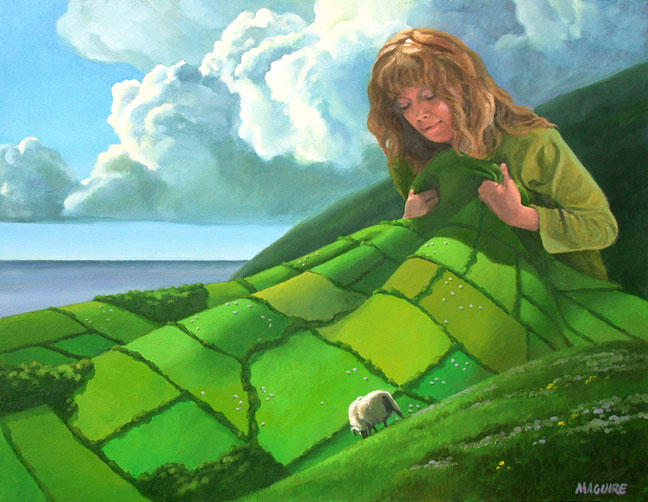 She approached the King of Leinster requesting the land on which to build her monastery. The place she selected in Kildare was ideal. It was near a lake where water was available, in a forest where there was firewood and near a fertile plain on which to grow crops. The King refused her request. Brigid was not put off by his refusal. Rather, she and her sisters prayed that the King’s heart would soften. She made her request again but this time she asked, “Give me as much land as my cloak will cover.”

Seeing her small cloak, he laughed and then granted this request. However, Brigid had instructed her four helpers each to take a corner of the cloak and walk in opposite directions – north, south, east and west. As they did this the cloak began to grow and spread across many acres. She now had sufficient land on which to build her monastery. The King and his entire household were dismayed and amazed. They realised that this woman was truly blessed by God. The King became a patron of Brigid’s monastery, assisting her with money, food and gifts. Later he converted to Christianity. It was on this land in Kildare that she built her dual monastery c.470.